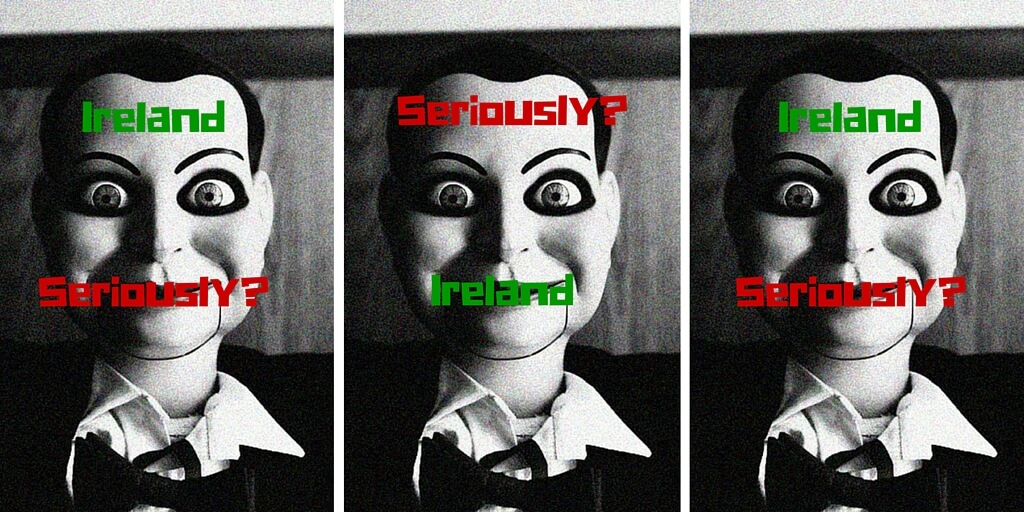 Some things that have been on my mind of late.

Junior Doctors, or indeed doctors of any vintage, working way longer hours than the rest of us. Think about it. Surely this is idiotic?
I am delighted that the government has loads of money put away to use on the flooding. Might there be some good ideas as well? More sandbags is probably not going to cut it.
While I am on the flooding, are the voters in the worst hit areas going to vote for the exact same people they always do? Ireland eh?
Fine Gael need to think carefully about why disability services and funding continue to be cut. It does not say very good things about the type of people they are becoming.
Where has Enda’s “gimlet eye” gone? Has it fallen into his soup? Was it a glass gimlet eye? I loved that eye, it used to give me hope.
I feel I owe the government parties a vote for some of the things they have done, namely calling the Marriage Referendum. It feels weird.
Irish Water is not going away. Much to absolutely everyone’s chagrin.
We are allowing American war planes to land at Shannon probably on their way to bomb other countries, let’s not lie about it. Half the country are probably fine with it. The constitution perhaps not so much.
That alcohol minimum price thing is the kind of policy that let Fianna Fail in for thirty years.
Not really about Ireland, but Donald Trump could get elected. Kind of terrifying no?
Hope you are well otherwise.