Modern Life 3 – Everything is Amazing! 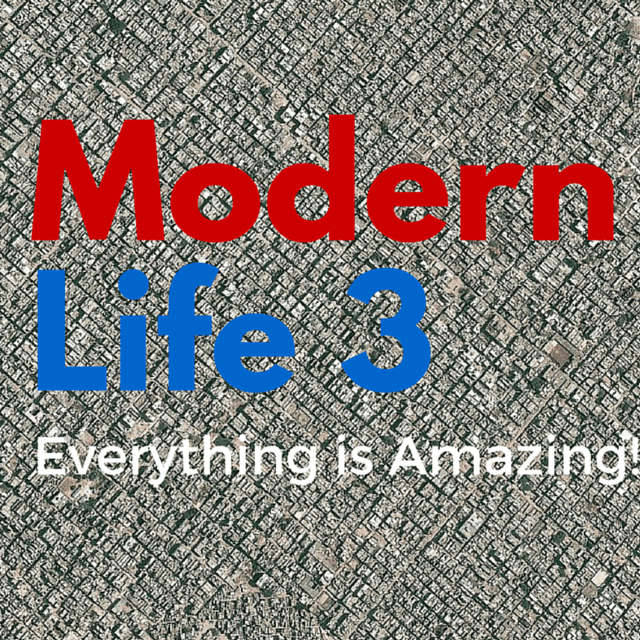 Modern Life 3 – Everything is Amazing!

No it isn’t. Neither is everything terrible.

The human propensity to believe they are all something unique, living in an age of unprecedented x, y, z remains as strong as ever.

“…..the likes of which will never be seen again” may be the most common phrase and sentiment of their time.

In sport humans are relentlessly told by their media commentators ‘we will never see the like of Bonzo again’. ‘Bonzo’s goal record will never be broken’, but broken it is the following year.

Human news tells them how dangerous it is outside, never before seen terrorism, Islamification, political correctness, feminism, death of religion: all scenarios from which they will never recover. Apparently human children don’t read any more, they don’t write, are more violent and morally vacuous, whilst simultaneously spending too much time writing, reading and talking on their tech devices with their BFFs. Human kids seem alright to me? 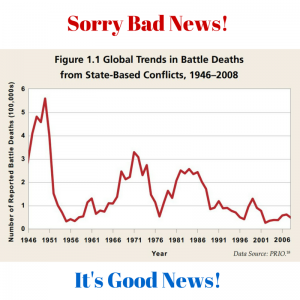 Humans don’t seem to remember that there was terrorism in the, ehhh, 1980’s as well, lots of it. Belfast and Beirut, remember them? Central America was in flames, the Middle East was violently simmering, frequent plane hijackings; all in all, pretty violent. There are few words more infuriating than ‘unprecedented’ as used by suits behind desks in media studios. If only these human fools were more unprecedented themselves, except of course they are not. They are merely more Lord Haw Haws shilling it up on behalf of Boeing or some other gun seller.

Human commentators seem unable, when speaking of “the unprecedented danger of modern times”, to reflect on more dangerous times like Vietnam, WW2, or the Algerian war. Things tend not to happen for the first time, or indeed to get continuously worse. By most metrics their world is generally improving. In the 1950’s there were almost 250 deaths per million caused by war now there are around 10. Curiously their Middle East is worse off, but that’s another report written in the secure confines of binary infinity. No human seems to have any interest in the ‘things are getting incrementally better’ narrative.

Exclaiming everything with a superlative, worst, best, most, least, clouds further understanding. Their urgent vital need to claim relevance and exceptionalism knows no bounds. The middle ground of nuance and shade is being eroded from both sides to every human’s detriment. 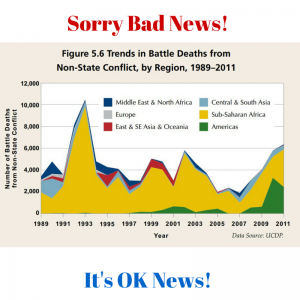 I am no better, I find myself exclaiming that a book or movie is rubbish, or awesome when it is neither, it’s fairly decent. But no one gives a monkey’s about fairly decent. Unless a human is blurting the headlines from a mountain top and can sell more sandwiches nobody listens to them.

Movies and books being called brilliant. Masterpiece is bandied about like they are in a golden age, perhaps a golden age of exaggeration.

I watch their movies also, each dripping mediocrity, smooth and plain, the modern versions of their emperor’s new clothes. Wolf of Wall Street? Anyone? Three hours of coke and women. I understand why their young like it, they are new, but their adults have no excuse. Boyhood, yawn. Birdbrain (sic) is utterly fine, nay bother. But invoking the history of cinema, as many reviewers did, is stretching it too far. Don’t get me wrong, none of those movies is terrible, they were all relatively well made with decent production values and hold together pretty well for an hour and a half (although they are all too long). But none of them is particularly new, or interesting, or tell them something they didn’t know before. They are pretty much the same movies as the humans made before.

Sensationalism abounds. Human sporting records are the best example of their blind nowism. I’m incredulous when they ask each other again and again ‘do you think we will ever see their like again?’ blinking away their saccharine media tears.

Yeah next week you will.

Some of this perhaps is their desire for mastery over the new. The social media world has them all liking things willy nilly. Me too. I have never liked so many things in my whole existence than I have since I arrived here. I liked so many things today. But I don’t like any of them really beyond a click, if the click was across a room I wouldn’t walk over. This has established liking as their baseline, from whence they can only go up. Liking => Loving => Incrediblizing => Dying

Some humans get jobs based on others clicking and liking things. The existence of these jobs is lambasted by human fogies both old and young because they are viewed as shallow, venal, narcissistic or, I would contend, human. Social media is of course The End of Civilisation VXX. I would prefer to work in their social media than in one of their telephone exchanges, remember those? I would prefer any of them than working in a human mine. In short I’d rather be a human hipster than a human serf. Digression, human or otherwise, is a pleasing diversion.

All in all, despite everything, things are not that bad really, are they?

Every now and again humans take a few steps back and that manifests itself in their misery, granted. But that tends to be followed by two steps forward.

Yeah everything is worse, everything is amazing, their halcyon days have gone and humans will have to make do with the drab and sparkly world they now inhabit.

How terrible is that?

Read Modern Life 2: Where has Everybody Gone?

Read Modern Life 1: What the Hell do we Want?