The Dangerous Guy in Every Bar. 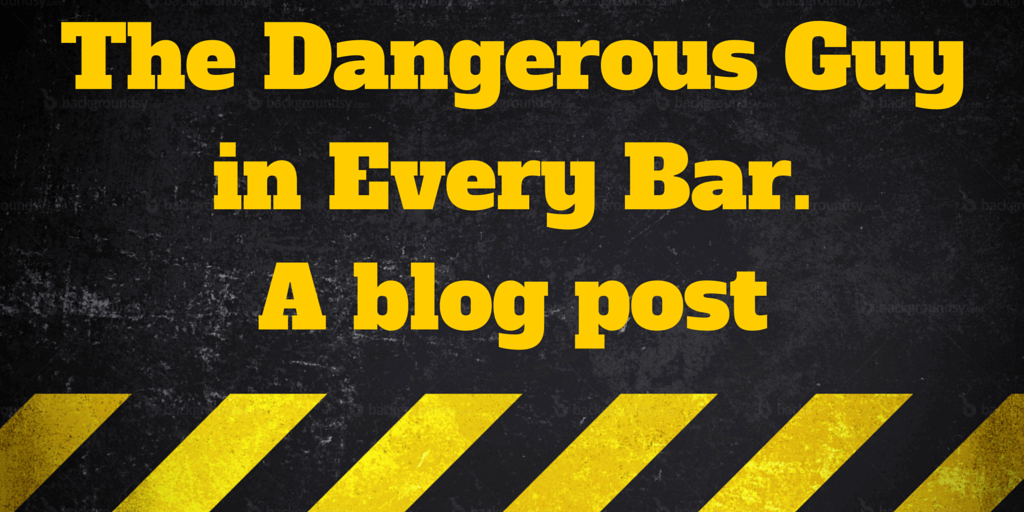 I saw him the other day in Galway, the dangerous guy in every bar. His knuckles are the old bone keys for the crypts, a small man with furtive laser eyes, sunk in with malicious disappointments at things happening that he expected, he expects the worse, lives inside it. He is the worst. He stabbed a man once of course, not sure when, he might even have his knife with him, always. The lads nod at him, those that know him, they secretly are clenched up, glad when he passes, they tell themselves that they could deal with him if they had to. But they know they couldn’t, how can you deal with someone who doesn’t care. Someone who you could put in the hospital, recover and come right back at you. You can’t.
Women are more obviously afraid of him. He glares at them, staring through them, at first they wonder if, or hope, he is blind but he is not. He hates women and he craves them. He still manages to bring someone home because he’s dangerous, some women dig that. They tell themselves that he is not a danger to them, but he is, maybe not always to their physical, although the threat is there, but definitely to their heads, he brings fear along with him everywhere he goes. He’ll lose his temper soon enough, or they’ll just start to catch the anxiety and violence he omits, they might start to panic inside when they are talking to him, this causes them to drink more.
He has friends, mostly men, one or two women, the type of women who have enough kindness to power the world, the type of men who see something of themselves in him. Both are wrong. Nobody knows what to do with him. His back story is a movie of violence, his experiences are crumbled down walls, more violence, pathological neglect, third generation neglect. Happiness, when he sees it, makes him angry. Causes his veins to constrict, acts like a venom.
His hands are used to work and conflict, he believes in his own god, that’s one of the people he is running from. He has guilt and only a snake charm, but that is often more than most, so he half thrives. He stays afloat, bobbing like a gator on the cover of a slaughterhouse thriller, bubble eyes above the scaled water.
I don’t say anything. I have a difficultly dealing with people like him. His hate’s visceral heat is palpable across a room and music often makes him feel pain.
There is one in every bar.