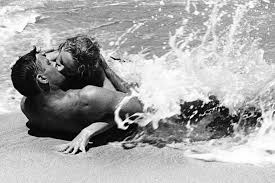 By this stage we know that it was all for nothing. There is a tremendous amount of throwing our hands up in the air in despair in July. There is a feeling throughout of wanting to leave the country, and regret you haven’t. The beginning of the downward slope. Still July is pretty magical though and just failed to sneak into the top three at the end due to some common or garden bias.

July is like a metaphorical bridge in a book which signifies crossing over from one side to the other, like a bridge in real life as well.

The least noticeable of months as most people still think it is June through most of it.

Fast fast fast, duck. If you are not careful you can miss it. Begins with a Bank Holiday and that sets the tone for the whole month. Bit like drinking on a Sunday even though you are off you can still feel the petrifying shadow of impending doom.

If you live in your head it is not a great buzz. Time slows down in the middle thankfully or we would all go mad. If you have to go to work you realise you have made the wrong choices in life. Bit like a strait jacket at times; there is an inescapable aspect to it.

Obviously if it is sunny none of the above is true. Then August is like a wondrous idyll of heart and mind when everything is soft and smooth and warm, like being lapped by a tongue you fancy.

When it is sunny hope is everywhere and we view the world with a smile, knowing quietly we were right about something important that we cannot remember. And we will never need to.

The Monday of months. But weirdly not as bad as we thought. For parents it is the best month, as the kids/locusts are gone, their work done for another year. Also probably parents’ poorest month as they have to pay for their kids free education.

For children it is not quite as bad they expected, we have conditioned them well to the drudgery and only the brave really bother to rebel against what is, in essence, prison.

People use the expression Indian summer which is not only racist it is also top five most annoying expressions ever uttered. It is up there with “Are you winning” or “Outside the box” shit like that. The expression Christmas lights has been known to occur which causes stomach bile to rise up into reasonable people’s mouths.

But there is no point in avoiding September, so we don’t.

Winter is here and nobody could give a monkeys really. At least in winter there is no hope and we can handle that all day long. Winter is our oeuvre. So we all settle in, concentrating on trying to get out a few times. We happily put our two jackets back on, start worrying about Christmas. First dangerous month to watch out for anyone who counts days till Christmas.

Halloween ends the month, so we have something to look forward to which is cool. Halloween is dressing up Christmas and not the worst for it. Like the other two Christmases it revolves around drink, save for the odd decent sandal with socks who writes another of their “What it is like not to drink” articles in the newspaper.

IBEC try to ruin the month for everyone going on and on about clean air being anti-business.

This feeling all month.

The best month by a mile for most (me). The third and most important Christmas of the year is a three week long drink festival, like a really long wedding. Luckily most of us are able to call upon hitherto unused reserves of energy and we just go like we used to, Spoiler: this is drivel but we all start off like we are still in our twenties and we could glide the earth.

Starters orders are from around the 15th, it depends on when the weekends fall which seems to change every year??

If you have played your life correctly there is a four to seven day island of serenity from the 25th that is about sofas and food and gluttony and re-watching a lot of Michael J Fox un-ironically . Bliss.

Family and friends come back from better countries abroad, but don’t over stay their welcome. Biscuits exist.

People also give you things for no good reason which is clearly borderline amazing. Unfortunately this quaint tradition is being ruined more and more by people telling you what they want or need which ruins the whole point.

Like, Jesus never asked for the gifts he got, he just had to lump it like the rest of us.