The cosy cloak of secrecy.
There is a great moment in Bill Hicks’ repertoire when he recounts the time he was in Dallas visiting the Bell Tower where Lee Harvey Oswald is supposed to have shot Kennedy from;

“I love talking about Kennedy. I was just down in Dallas, Texas. You know you can go down there and, ah, to Dealey Plaza where Kennedy was assassinated. And you can actually go to the sixth floor of the School Book Depository. It’s a museum called … The Assassination Museum. I think they named that after the assassination. I can’t be too sure of the chronology here, but …
Anyway they have the window set up to look exactly like it did on that day. And it’s really accurate, you know. ’Cause Oswald’s not in it.”

Ah yes the loan gun man theory, so relaxing, soothing and just generally all snuggly. Of course Kennedy’s brother was shot dead a couple of years later, as was Martin Luther King, luckily they were all shot by malcontents as well. More loan gun men. Not an outlier in sight. Just a sea of patsies.
That the CIA or the KGB or whomever recruit weak people to use as patsies or as informants is not a secret. Indeed it is on the fifth page of their manual. In Germany after the war, the GDR (East German) intelligence services had a brilliant spymaster, Markus Johannes “Mischa” Wolf, who operated in and out of West Germany and preyed on lonely women to gain him access to their bosses. The women had to be single, often secretaries to vaguely important business men, is there any other type of businessman? Any intelligence officer worth their smelling salts knows that you target the weak ones, people with something to hide.
Here in Ireland, we traditionally never needed a loan gun man or woman for that matter, we clearly had nothing to hide of much note for years, until the eighties and the nineties with the church. First we had Eamonn Casey, a famed Bishop who fathered a child with a young woman in his care, denied the child, “borrowed” money from the parish to pay her and resigned before the story broke. He was a saint compared to what happened afterwards, but he was also the first chink in the churches cultural armour of secrecy.
That was one of my first experiences of the loan gun man/loan bishop theory, or some such twisted adage.
The media is a necessary complice in all of these stories. They are a strange bunch, often men and women of the highest calling, and just as often dronerous minions, their off-cadence and lullabilic prose leaving us swooning in a confused fugue. They can never be any better than the rest of us, they are all humans after all. Why do they take the wrong side, what makes them so often side with the government, corporations and Babylonians? The defence of the status quo is paramount seemingly, over all matters of truth or justice. Apologies now I’m digressing back into that fugue.

Ireland’s Father Brenda Smyth was straight out of the good book. A man who knew no sexual nor societal boundaries. He would befriend lay people with children and whilst at their house for dinner he would excuse himself to go rape and molest their little children. When he got caught he was another lone gun man. Everyone was terribly sorry, he himself was sorry, memorably and helpfully admitting that he had abused as many as 200 children.
When this story broke the journalists unscrewed their best equivocation inkpots, licked their nibs and explained to me and others that there was nothing to see here except the incarnation of evil. This turned out to be complete drivel, but it soothed and becalmed our fears. Even now most of us would struggle to name more than two or three of these clerical child rapists.
The vocabulary of child rape and molestations baulks, abuse is not strong enough, whilst it bears a certain hindsight darkness, the vagueness is inherent, the inexactness allows our minds to avoid or not to alight on what it is exactly we are talking about. In using this term “abuse” whilst talking about rape and molestation we are avoiding talking about it.
Always be wary when evil is invoked, it’s normally the precursor to a sleight of wit. It’s a trick of course, nothing is singularly evil, it’s festered in the right conditions, grown and perverted itself.
My generation were lucky and unlucky in Ireland. Most of us avoided their sick fingers and rabid cloth. We saw what was going on. Some of us took it as a sign to leg it, I did anyway. Hundreds of priests, or tens of priests or the odd priest was up to their eyes in it. It’s taking us about fifty years to get to the bottom of it (It’ll happen in 2030). There are babies in the ground in Tuam, hundreds of them, but yes you guessed it, they are no outlier, they are the loan gunman babies. That’s just the way things were. We wouldn’t understand.
Statistics will tell you that when you are dealing with numbers you can take a sample, fling it into a formula and you will get a decent idea of what the hell is going on. Not the case here thankfully. The Tuam babies story will eventually force itself back up from were it is buried and the cycle will repeat itself.
Another of the rebuttals to the veil of secrecy, is the idea that it would take “too many people to keep the secret” and therefore, quid pro fucking quo, there are no secrets. Jimmy Saville was a guy who actually dressed and acted like a Paedophile, guess why? He used to drive around in a camper van and park up at schools for months on end to rape and molest the school children there. Despite the fact that the world and their wives knew about him nobody, or almost nobody, said anything. The victims knew and naturally a sample of them told the police who naturally did fuck all. Saville used to hang around with the Queen and Thatcher here are some pics. 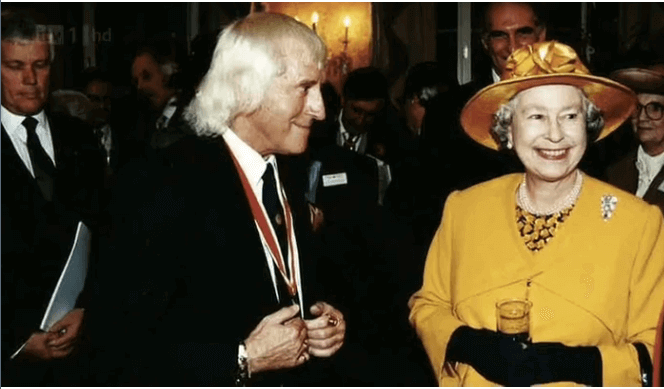 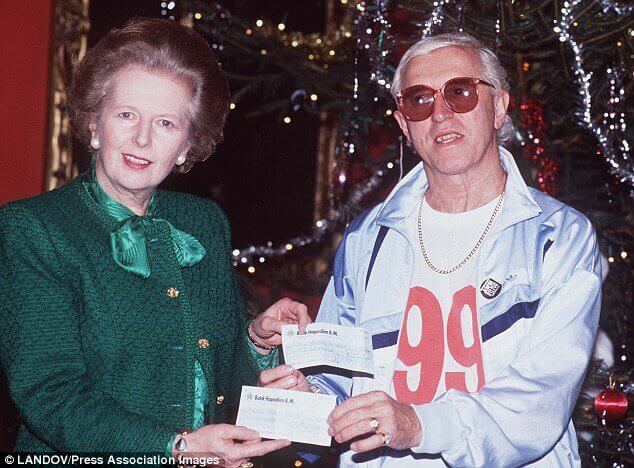 Naturally they didn’t know, how could they???
The funniest thing is the Brits have themselves convinced that Saville is an exception, so cute, that he was unique, that there is nothing to be learnt and that we all best move on. I call bullshit. But then I would. The Brits are at Stage One of “your country’s establishment is full of paedos”, for once we Irish are ahead of them, a dark honour no doubt.
In Belgium, Marc Dutroux the convicted Paedophile, child murderer and kidnapper seemed to have lived a charmed life avoiding the keystone Belgian cops for years and years. The police were in his house once looking for girls that he had locked up in the basement, the police heard screaming but failed to discover them?? Again they tried to foist the lone gunman/paedo on the Belgians who had had enough. The people understood. Despite the people’s anger, whomever the “they” were in this case and most likely it was high up cops, judiciary and politicians were never exposed. They never got anyone else besides his missus. Difficult when “they” are supposedly chasing “they”.
Maybe people need the coziness of the monsters amongst us theories, rather than the reality of the active conspiracy of complicity and secrecy. We don’t learn the lessons we should because the lesson we are taught is to avoid “pure evil”, something we all agree on anyways. When the lesson should be, “be wary of secrecy, do not trust the powerful in whatever guise.” As Sagan says if it can be destroyed by the truth it deserves to be.
In Ireland when the church began to be accused of having turned a blind eye to child abuse (child rape and molestation, not candle theft) I remember being struck by their acute indignation. They were not pretending to be angry, they were livid. They knew they were not the only ones abusing children in Ireland in the Twentieth Century they were the only ones we caught. And we only caught a few of them because their power had waned, and they had arrogantly done very little to cover up their crimes, why would they? We may never know the full extent of what went on, but more will out.
There is nothing new about children being passed around as sexual chattel by the great and the good, it’s old news. We just need never forget it, and be reminded of it as often as possible.
Watch out for the lone gunmen, they are everywhere.

PS. Remind yourself about the Marc Dutroux case here. It is astonishing to this day.