Views of the Midlands from a Train. 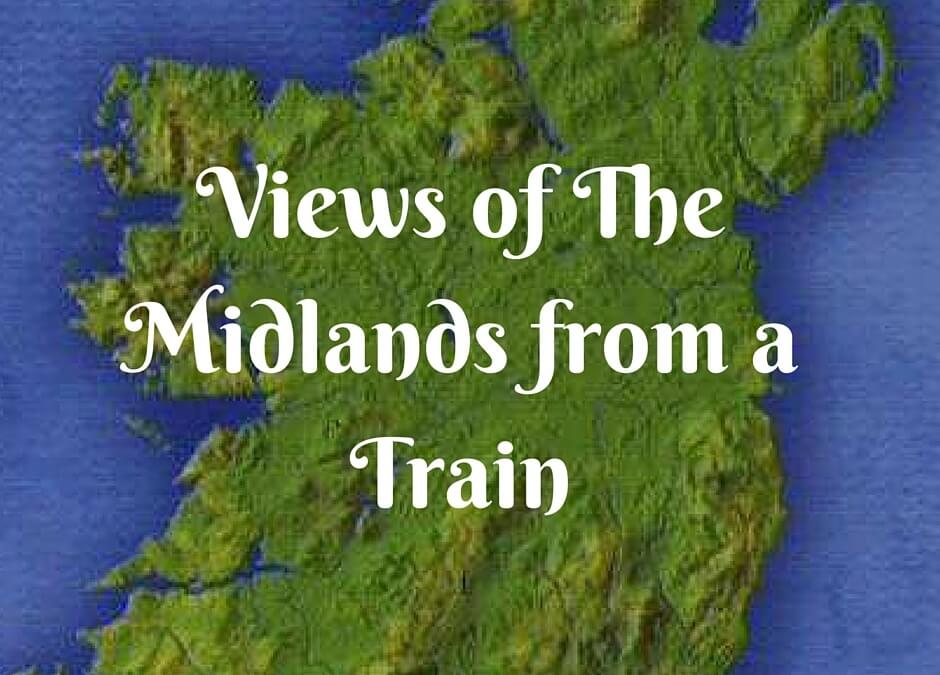 Some wildly inaccurate and generally smug musings about the Midlands from a train.

In the Midlands much of the man-made features seem abandoned; half finished, or half started, depends on whether you feel like being charitable. It looks mostly flat. Hillocks, eddies, cabors and other made up words are everywhere. There is not much of a feel to it when you are on the train, absence perhaps. All the houses and factories are showing the train their hind quarters, on purpose it seems.
If you ever deign to get off the train, god forbid, there is a languorous round-the-corner-swinging-danger on the streets, but that might be just me. My glasses are an affront in the Midlands much like they are in the rest of Ireland, seen as aspirational, arrogant, that I’m a gobshite. Not wrong, maybe right.
There is no Wi-Fi in the Midlands, it does not obey Maslow’s exhausted hierarchy of needs. Surely the most over taught academic diagram ever. Clearly there was a lot of money to be made from stating the obvious in the olden days. The Midlands is where Wi-Fi goes to die.
When the Midlands flood, as they do most years, nobody, besides those directly affected, cares. People in Dublin are more interested in the weather in New York. RTE keeps us posted about American weather on the hour every hour, Dublin needs to know. A storm approaching Baltimore is given the same treatment as if it was over Ranelagh. The Midlanders don’t really care either, or if they do they care very quietly. They still vote as if their ballot was not secret. Much like the rest of the country their politicians have them tricked and beat down.
The Dutch can contain the sea, but we cannot contain a river. No mind, nothing we can do. It’ll be drought time soon enough. Ssssshhhhhh
In the towns people drive beautifully slow, laughing at city mice sprinting across the roads in front of them when there is nobody anywhere near. Outside the towns it is the opposite, people rally around like mad yolks.
The Guinness is way nicer in the Midlands, the pubs more like public houses or rooms. Guinness is made in Dublin but it’s not best there. Nobody can explain why this is a fact. Perhaps the pace, Guinness doesn’t like to be rushed, and that’s all Dublin does, rush rush rush. Have a pint in Roscommon and you’ll slip through the space time continuum into a more agreeable tempo, the tempo that plants grow at.

Outside the towns the newer houses are massive. Huge. You’d hardly believe the size of them.
“They’re not that nice.”
“Like they’re grand and all, but not great.”
“They’ve things called driveways.”
The nicest houses are the old ones, the ones built around the time the Brits were still here. The Brits were jerks and all but their buildings are nicer than most of ours, not that we’d ever tell them obviously. Brits out etc etc. Architecture is not a sufficient argument for subjugation no matter how pretty. But nowadays it is a vague mitigation.
The Midlands starts about a mile outside whichever of the coastal cities you are from. It supplies the country with most things; grub, water, Christmas trees and joke butts. What with our “booming economy” more and more of us will end up living there and regret ever making fun of the place. We’ll find out it is not one place, but a collection of communities and townlands, histories and myths, as old as anywhere. We’ll wish then we had never thought or said any of those things about the Midlands. But we all have.