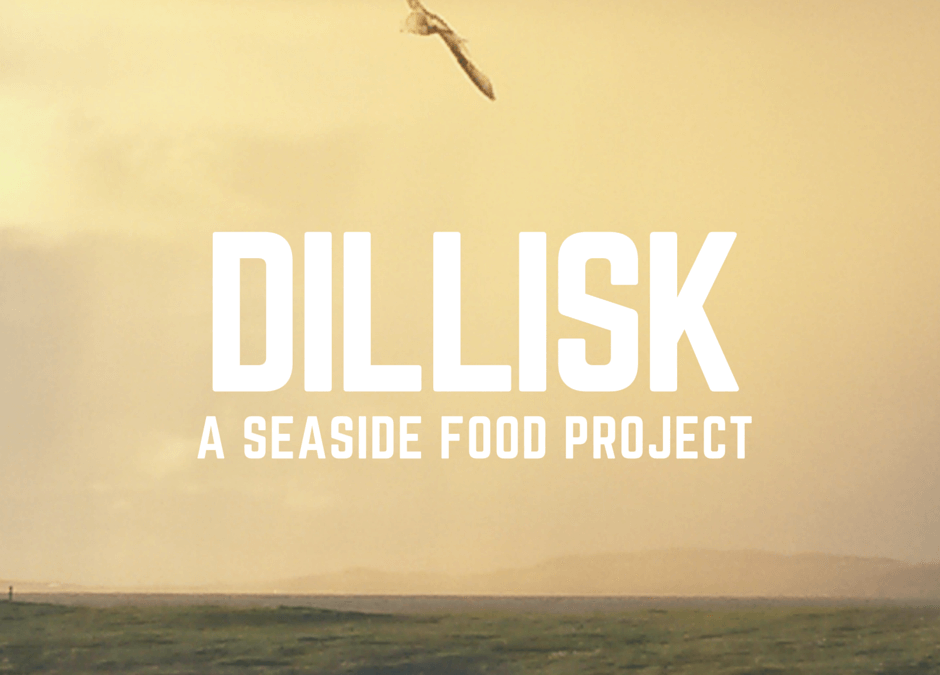 A couple of Saturdays ago I went to Dillisk in Aughrusbeg, Connemara, Co Galway. Dillisk is a seaside food project.

Dillisk uses land, sea and shore locally sourced ingredients and is the brain child of Katie and Jasper. Many of us will never have the opportunity to work somewhere like Dillisk. I never did and I probably never will.

What do I mean?

Well, people enjoy working there more than they enjoy sitting around drinking and chewing the fat. This is no mean feat, nor something I fully understand. There is something about them all wilfully stranded down there on that far western outcrop, people working for each other without any clear flinty profit motive, humans enjoying the creation of things, not their manipulation nor exploitation. Something hopeful.

The restaurant run by Head Chefs Katie and Jasper; benevolent youthful gods, scarred by happiness, waiting for greatness to brush them with its dust. For Dillisk, much like its namesake is seasonal and very special. I had never eaten many of the things I ate that night, equally I will not forget them, how the food and the people made us all feel. A bacchanalian feast perhaps?

We arrived at 7:30 Saturday night down a rock split path to the boat shed that housed their kitchen. The friends had spent the day catching, foraging, convincing and cajoling the sea and the earth to give up what they needed one last time. I can report that it was worth it.

Connemara’s elements had decided to go at it once more that weekend, a clash to herald the end of a summer none of us had felt or seen. Water versus rock, stone versus earth. But that is the character of Connemara, nightmarish, gorgeous, hidden hells and revealed paradises. Connemara is always completely indifferent, here and there the rocks jutting out like its scuffed bones after bursting its earthen seams. Connemara accepts it all. Give it all you got, Connemara can take it.

It had rained the previous day heavy enough to raise the sea level a foot at least. It was to rain the next day and people would lose many things in the floods, important things. It would go on raining overnight into the day after that as well, people would lose worse again, losses not to be written about in culinary musings.

But Saturday on the last day of this year’s Dillisk resurrection we were graced with glory.

When we arrived outside the boat shed we were greeted by project members who looked like us. With the exception of one older couple we were all recently young, bearded, hatted and coated. In my clique of four, each of us was handed a glass of Dingle gin with tonic, fennel and black pepper.

Gin and tonic was the drink of the summer ’15 and this was nicer, a far better surer drink than the other hundred I’d had since April.

More of us continued to arrive down grinning and slightly crazed. We were all in it now, that much we knew. The temperature dipped and soared as we sipped and gazed out towards InishBofin and the hulking furtive Atlantic Ocean. We all pretended not to be freezing, nor watching the kitchen for the first course.

We acted nonchalant at first when served the “Crispy Shrimp caught by the Rock Pool by the Shed”. Perfect, warm and crispy enough to pop in your mouth whole; avowed fusspots were swallowing them with abandon within delicious precious seconds of serving. The aioli itself a soft paean to the shrimp. As a bonus there was homemade tabasco which threatened to wreak havoc, steal the show, ride rough shod. I wanted to drink it down like a shot. I thought of my parents and how much they would have loved it; how I would struggle to share how great it all really was.

A couple of couples had brought ruddy faced vivacious young children, something we don’t see any more in restaurants due to whatever reason you choose to choose. I was brought to restaurants when I was a baby to sleep, most of you, if you are over 35, were as well. But that is not spoken about now because we have slightly shamed our folks into pretending they were robots, much like the aspirations we bequeath upon today’s tired looking perfect parents. The children were another focal point of that night’s glimmering shining life.

Inside the boat shed we squeezed up tight on wooden chairs and benches along the long banquet table. Hodge podge you know, rambunctious and cosy. We had all brought our own bottles, clinks and murmurs, introductions abounded and smiles sparkling and flickering circled high in the room.

Next was the “Killary Fjord Oyster with Kohlrabi”. Good luck, one big ass mouthful of ocean and shore bliss. I might have had an extra one; magically more shrimp appeared before our eyes, gone.

I am not going to go through each course, I don’t have the vocabulary. But to tell you my cliques’ favourites, well one that everyone agreed on was “Dee’s smoked carrots, Crème fraîche, Dillisk Pickle”. Who fucking knew? Smoked carrots, wow! Incredible.

Another favourite was “Seaweed Ice, Pepper Dulse and Chervil”. I have no idea to this day what that exactly means but it was a brilliant palette cleanser, and it pushed hard for the dish of the day. Sea tastes washing over the mouth, a generous portion soothed down, perfect consistency for an Irish slant on a trou normand. We were ready.

They had built a tandoor out the back and put four foot long skewers of pollack into it then served us the pollack with kale and gherkins. These are things people in Ireland are now doing, falling under the auspices of doing whatever the hell they want, they just go ahead and do it. The guy had wanted a tandoor oven, the usuals had laughed as is their wont, and he built it, no laughing ringing in his ears, nah, things are different now. People are no longer afraid.

The final dish, the dessert to give it its Latin name, was “Milk Carragheen, Unripe Gooseberries and Fennel”. It was my favourite, to hell with the rest of my clique. It was an extraordinary cornucopia of everything Dillisk is, subtleties of the sea, the surrounds and Ireland. I had caught a glimpse of the chef preparing it the previous night, but I am keeping that to myself. Like a lot of their dishes it was like the revelation of a familiar mystery, things we’d always wanted but we hadn’t ever had before.

The night bounced on, now everybody righteous and sated. All of us meeting each other; discovering like-minded people doing things that don’t involve the humdrum or the banal. These people, like the food were fresh minded and new.

I presume we went to bed that night, I remember the sky coming down upon us the next day in foot long sheets of grey water, but I’ll remember the Dillisk seaside food project until my brain starts to quiver and atrophy.