From Everywhere But Here 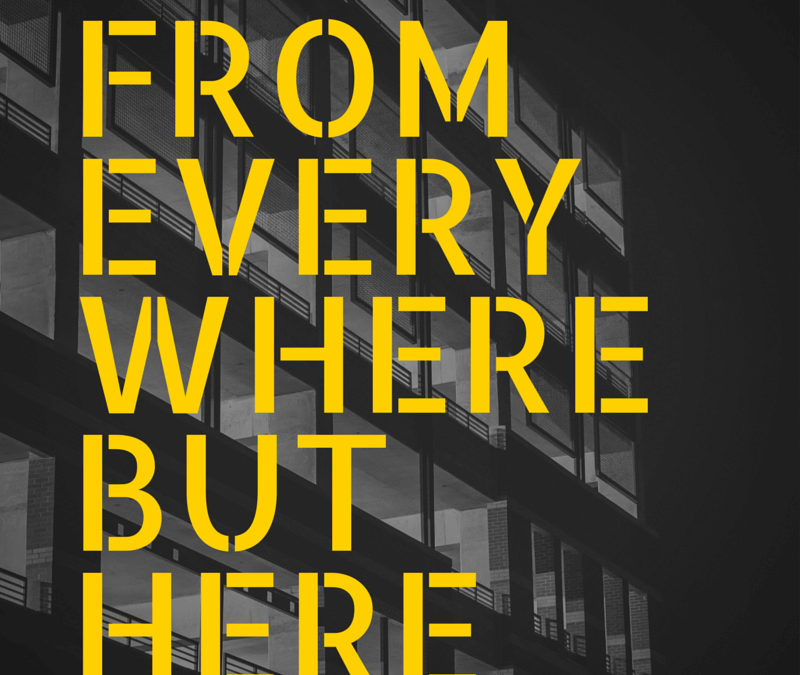 From Everywhere But Here

A girl from Kerry once asked me,

I hadn’t a notion what she was talking about, as I thought we had only just met.

She looked at me as one does a fool and said,

“Not being from somewhere, one place like. I couldn’t do it.”

That was pretty much the end of the conversation for good or for ill.

My standard reply to the question “where are you from” depends on who I am talking to.

Telling people where you are from is a strategic thing. If you are talking to someone who hates people from Dublin then it is easy to just say Galway. That normally saves you from the usual ‘my cousin had his wallet stolen on O’Connell Street three years ago’ or ‘why does the Zoo not open at night’ palaver.

If I am talking to someone from Galway itself then I say Clooniff, in an effort to catch them off guard, I have a Dublin accent so they don’t expect it. Clooniff is not Paris so if you have heard of it you must be connected to it, right?

This is what I tell the Dubs, who let’s face it couldn’t give a shit what you are saying anyway. All they are doing is waiting for you to shut up so they can talk.

“I live in East Wall”

This is what I tell people from South Dublin in an effort to stop them telling me about some business they are no doubt setting up. If you live on the NorthSide, SouthSiders don’t really hear you when you tell them your address. Similar to what dogs hear when humans speak to them.

It is also what I tell people from North Dublin as it saves me a whole lot of abuse about some lunatic shit I don’t fully understand and their half formed ideas of me being loaded.

Technically I am actually from Belfast. That is where I was born.

“But you don’t have the accent”

“I left as a baby, I apologise. You should have heard me cry though, sounded like a cross between Paisley and Adams.”

I only use Belfast when I am talking to someone from the North, or when I am drunk and about to get in a fight(it has helped me once) or when someone brings up the Troubles.

It is the prison tattoo of birth places, an Indian ink elephant in the room. It is also a brilliant one to use abroad, the French love you when you say Belfast as they think the IRA were a bunch of prank pulling patriots who stuck two fingers up to the British Empire. Also a great one to tell the British who like the Irish are wary of people from the North because about half an hour ago there were ructions. It’s like being from County Terrorism, so there is a natural X-factor.

This is my own favourite as this is really where I am from. The place in the mind and the world where you feel at home.

“I lived in Paris”

Mostly for showing off.

“I lived in Alicante/South of Spain”

To prove I can stand the heat and that I hate the rain. I wish I was joking but it is the best way to tackle these issues.

“I lived in Michigan in the States”

To prove I am not anti-American and to blag my way into American sport conversations quickly and easily.

Where are you from?

“Me? I was born in Belfast, grew up in Galway, spent a year as a child in the States and another year back in Belfast, moved to England, then to Dublin, then to Paris then to Spain, then back to Dublin, where I am now for the moment.”