My Reading Life 5: Great Books that are Rubbish 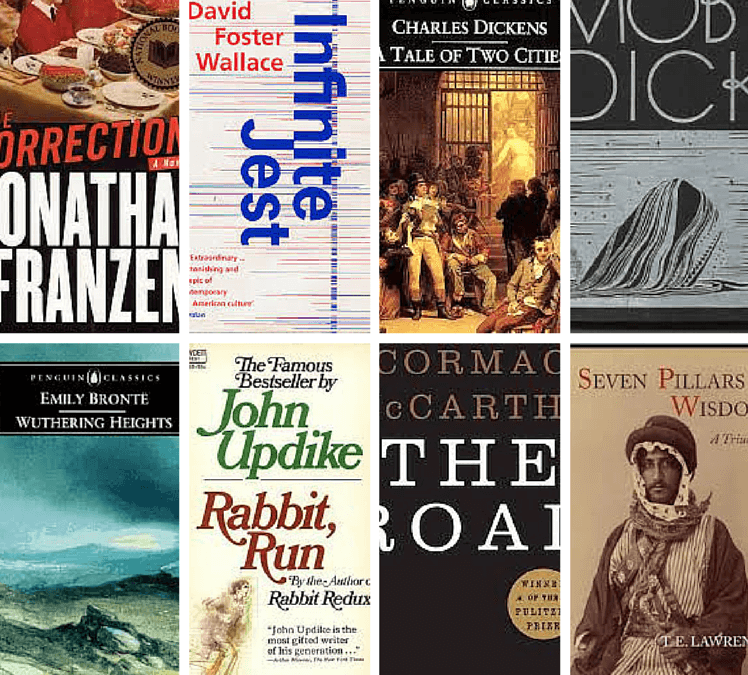 My Reading Life 5: Great Books that are Rubbish

This beautiful book is on this list because quite a lot of it is about the care and maintenance of camels.

There are some interesting pieces in it. Clearly he lived an amazing life, it gives a decent insight into the Arabians, but I struggled to get through the camel treatise. The movie might be better than the book and that is as rare as Lawrence himself.

Chances of me giving it another try: 6/10 The movie though Wow.

I feel bad putting Moby Dick on the list.

The Americans love it and it is their book. It is written in that phenomenally verbose style beloved of so many of their authors. No word left behind or some such. I remember one or two bits that were decent but this is one of those books that you have to study, and it helps if you have a liberal arts education and you have nothing better to do for the next six months. And maybe if you are a millionaire.

Chances of me giving it another try: 8/10

Seriously this is like the ponderous slow death of hope.

The misery; I can only assume the people who go on about it have no idea what that weather would be like. It has Galway weather but colder and everyone is a jerk, and they barely talk to each other, and servants. I’ve read it one and a half times and I get a kind of blinding resignation every time I think of it. One thing the author does transmit perfectly with the writing and the scenery and the characters is the unremitting misery of everyone and everything; every moor and every stone all want to die like I do when I read it.

Chances of me giving it another try: 2/10

Approximately one billion times better than the book……….

A Tale of Two Cities by Charles Dickens

Best novel ever written or world’s most boring tract?

Probably both. I found it dull, like, really dull. However I suspect this is exactly what it was supposed to be like. Everything was so awful and took so long back in those days that it is impossible for it to be any other way. A carriage journey from Pickering to Pencilforth in the lashing rain on the muddy roads would have taken hours, all to have a slice of hard cheese and some honey.

Chances of me giving it another try: 6/10

Emerging from the long run of novels written from the point of view of people who have affairs and hence marriages.

Way over written but much loved, the story of the main character never mattered to me. An inciting moment, followed by a glance, then everyone is changed utterly. Very boring unless you are young and want to find a book with a decent amount of sex in it.

The Road by Cormac McCarthy

It’s a post-apocalyptic story of a man and his son and their search for a tin opener.

Joke. It is exactly what you would expect from such a novel, lots of delight at discovery of provisions and rope, betrayal and the savagery of man given the first chance, and or excuse. Lots of people love it, they made a movie of it. Viggo Mortenson was in it, remember him? Some say he is still on that Road. Tough.

Chances of me giving it another try: why?/10

Seriously, it is barely a book.

It is America or some such; it is vaguely about tennis and the American Dream (isn’t everything) most people love the book and they will kill you with their bare hands if you don’t. So I will only say that it very very long, like maybe longer than your life. You do so at your own risk.

Chances of me giving it another try: 7/10 I just can’t believe it every time I try it.

The Corrections by Johnathan Franzen

I have never met another person on earth who does not love this novel except for me.

It is the emperor’s new book. Another story with an academic being brought low by an affair with his student. I really wish I had spent some time on an American College campus I can only presume they are brilliant sex places. The rest of the book is more American Pastoral, Augie March, wide ranging American family story. The writer then went on to call one of his next books ‘Freedom’.

Chances of me giving it another try: nay/10

Please put all death threats, agreements or anything between in the comments.

My final My Reading Life 6: Rubbish Books that are Great will be out next week.

Please please please share, and buy my book, and vote, and recycle, and learn to cook etc etceteraaaa.

My book, my blogs and my stuff