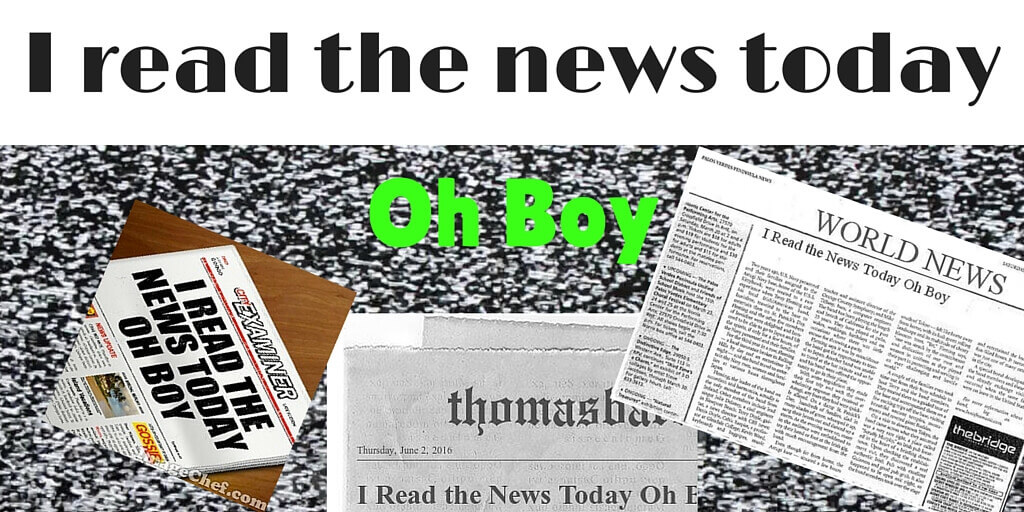 But I don’t know who won the war. Not sure anyone’s won the war in a while now. No longer seems the point. Win the peace they used to say, so quaint. Peace, what good is that? More news is coming to mean less news.
And though the news was rather sad, none of us knew if we should be sad or not. Since I struggle to believe a single thing I see, read or hear why be sad?
A good friend of mine doesn’t read the news, he keeps out of it, minds his own business. I suspect he has a point.
What benefit is there knowing all the things I think I know? On the internet it is next to impossible to believe anything one reads or watches.
Chem-trails streak across my Facebook page every day. Like are they not just the jets’ exhausts?
Right or left wing conspiracy theories. Cheney killed JFK!! Now that I believe.
Israel versus Palestine, Palestine was never a country, Israel was never a country. G’luck. The undiscussable merging with the unknowable.
Used to be people with some knowledge would write things, I mean historians, decent journalists and their ilk. Historians are currently busy re-editorialising history in the form of various what if scenarios, this is of course not history, it is fiction but that is the way things are going. I suspect it is a dumb idea, but hey what do I know?
For the most part we were once left to make up our own minds. We knew there was bias, we could sense it, like something that is lightly salted. But it did not put us off.

News used to be difficult to watch because you had to know things, you could see violence, scenes of horror or destruction. Now? Nope. Mostly endless reels of people congregating around police tape, we watch aghast a multitude of stories about celebrity animals as we finish scoffing our nameless lamb.
Media exist now to tell us how we should feel. Hence the preponderance of Jimmy down the well type fare, or Marguerite the Parakeet shot by accident instead of her owner. Most news programs barely report more than 4 stories, probably because we are all gone thick, I’d say.
The Day Today, one of the greatest TV programs in the history of civilisation, once did a story on the IRA using bomb dogs. There is a plaque erected for the dogs but not for the human victims because they were old and going to die soon anyway. Prescient as fuck.


I like to break stories to my WhatsApp group, my own personal internet audience. They would all find out in the next ten minutes anyway but I am determined to have the scoop. This leaves me wide open to the accusation of being a complete idiot. Difficult to refute when one is acting so idiotically.
I broke the Paris story to five people who were about to find out in two or three minutes anyways, what was the point of that? Despite me knowing on many levels that it is indeed pointless, without point. I still do it.

I cannot even blame the internet or social media for my initial news addiction. I used to buy at least two papers a day and actually read them. A right wing and a left wing one so I could fly straight, or so I told my eager news seeking self.