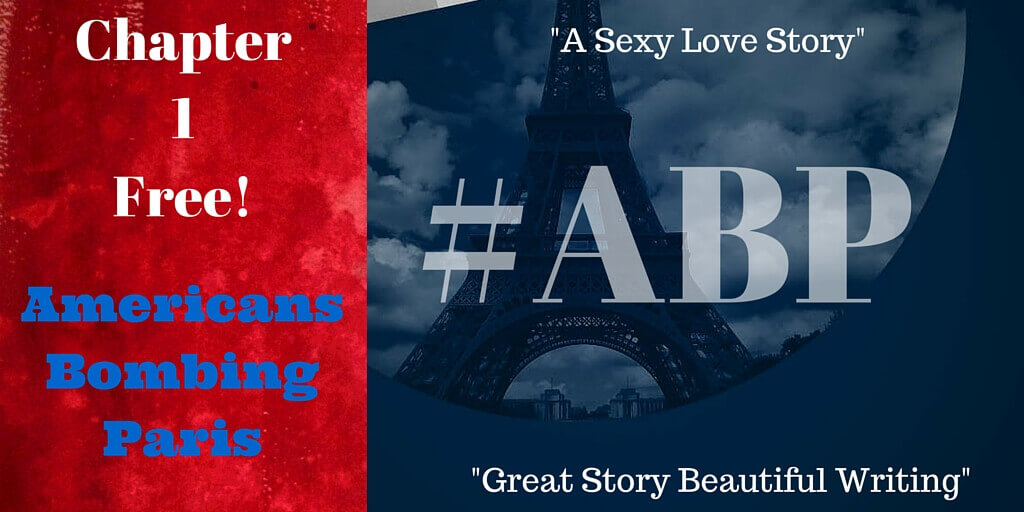 I stood on the balcony as the first planes came screeching and screaming in. Flying lower than they needed, to get a better look. The view must have been amazing. Plunging low, then high, undulating at something around the speed of sound. Even American Air Force pilots were unable to resist the allure of Paris. Le Top Gun.

My vista was the Bibliothèque François Mitterrand, The National Library and blue vapoured sky. I peered into clunky, sad and lonely apartments normally filled with small furtive people. People who went to bed understandably early once sated by the nightly variety shows. The buildings were all empty now. Only a few of us had chosen to remain in the city. Fewer again had managed to elude Le Thermo-Nuclear Imagination Facilité, like for fuck sake? This device had scanned buildings inside the Périphérique, the ring road, for two days before the bombing looking for people like us. People who had stayed behind.

Watching the news on her poxy little Parisian television earlier, pictures of the Paris Périphérique, full of people as they all flocked to watch Le Spectacle American d’Horreur Militaire. Dignitaries had managed to have a stand built, where they could sit placidly and view turgidly the planes; or sit turgidly and view placidly the planes. The scene reminded me, and them, of Formula 1.

The French military had also shown up, just in case things got out of hand. Although I struggle to see how they could have got much further out of hand. But then again, since the beginning of this whole thing, nay my whole life, my credulity meter has been unable to establish a zero point.

I suppose if anyone was to blame for the resulting debacle you could start with Osama and the whole planes into the building thing. Or failing that we could go back a bit further and blame the CIA for teaching Osama so well. Indeed one could be forgiven for admiring the level he’d reached. Osama was the Luke Skywalker of passive aggression or peaceful violence or some other such thing. The Soviets of course shouldered some of the blame for invading Afghanistan or maybe we should flick back one more page and blame the Americans and the Soviets for using small poor countries as geopolitical gladiatorial arenas. That would probably cover it until we went back to blaming Hitler, followed by Versailles which of course leads us to the French. Creating a beautiful shiny gold cercle vicious. Whatever about any of it, American fighter bombers/washer dryers were flying over Paris about to release their cache, a French word if my memory serves me well, to release their cache of death.

These bombings were what in recent days had come to be known as punishment bombings. In fairness to the Yanks and Prez Bush, they had given us an un-coded warning and allowed the French authorities five days to clear the city. Negotiations had been continuing at a high level, and over the week certain bombing rules had been laid down both sides seemed happy enough about. Obviously the Eiffel Tower was out of bounds, a monument popular with both Republicans and Democrats. Try as the French left did, and wow wee did they, they were unable to have Euro Disney nominated as one of the “Five Targets”. We had not been told which five targets were chosen, as the Yanks claimed this would provide an unnecessary risk to their service men and women. Never before in the history of risk has an army so well armed been so easy to put at risk.

The missing piece in this tragic bloodied jigsaw was Iraq, a country America had already been at war with not so long ago, you might remember. Well, they decided that all that ordinance sitting in Fort Worthless, Fort Apache and Fort Bravado and all those other bloody forts needed a destination, or as they say, a customer. The geniuses behind the arms trade, and believe me there are many, have figured out that war is their customer. So naturally they must spend their marketing and advertising budgets on creating new customers, or as we would call them, targets. Iraq had long been a good customer to these companies, for that is all they are. Saddam, as everyone now knows, was once a friend to the Yanks and fought against the evil Persians next door. Mr Hussein was, in terms we might understand, a Yankee military franchise, up until he decided to expand into areas already owned by other franchisees, in this case the humble Kuwaitis. In the Middle East it is hard to discern what is meant by normal words but humble seems to mean on our side, sneaky and/or rural.

There is no need to dwell on what has passed, or as some left wing scholars call it, history, the Americans have taught us that at least. Ignore everything relevant for relevance can kill a war and ruin a market quicker than anything ‘cept education. Flash forward and as the clouds of dust settled in New York, as the strategists spun everything they could from the whole thing, Iraqis once again heard their name being bandied about. Naturally for the average Iraqi this was bewildering and, might I suggest, terrifying. Most Iraqis have not had the benefit of a Harvard MBA in instantaneous strategic decision making. These MBA courses have a long and storied list of illuminated alumni and aggressive academics, many of whom work for think tanks. Think tanks, I understand, are places for people whose thoughts are more dangerous than tanks.
Well so far so de rigueur right? The French got the memo about Iraq and the weapons. The French and their own Prez, Chirac, had been grooming Mr Saddam for a franchise or two of their own. France decided to continue, or as they lyingly claimed, to begin trading with Iraq.

This put a whole lot of people in a bad position right? McDonald’s for one, as they made more money in France than any other country in Europe, so you could hardly expect them to boycott France, sacre fucking blue. Bordeaux wine makers, they could not reasonably be expected to stop selling wine to the Yanks now could they?

America went crying to the UN about France not abiding by the UN resolution regarding sanctions on Iraq. The French then used what is fast becoming known as the Israel defence i.e. if they don’t have to do it why should we. In my day that was called the Jimmy Muppet defence, as he was the only one using it on the playground. But I digress. The playground is a veritable bastion of maturity, pragmatism and humanity compared to the world of geopolitics.

All this toing and froing had been happening over the last few months. How these cretins had cajoled us into this situation was still unfathomable, safe to say it had not been for lack of MBAs. If only all the MBAs and Grandes Écoles (French Ivy league slash MBA equivalents) were made to fight naked to the death instead, live on television. This is absolutely the best solution to all of these problems; hence it shall never ever receive any credence whatsoever.

So Bush and Chirac squared off and Bush came up with an ultimatum at the end of October. Or, if you know Bush, somebody else came up with an ultimatum and he delivered it. Many people who understood little except the limitlessness of their own glibness would often say Bush was the biggest victim in the whole sorry episode. They would then sigh and maybe shake their empty heads. Of course the children who were about to die in Iraq might have had something to say about that, but then they did not grow up as the President’s son and all the pressure that entails. Bush announced if France did not cease trading with Iraq the United States of America would be forced to take action.